Big considerations were on the table as Schacht weighed the pros and cons for going on record with The Huffington Post.

When we were connected to Sarah Schacht, she was contemplating whether or not she should go on the record about the assault that took place 15 years ago by a high-political figure. Huffington Post was writing a story and they needed an answer from her.

The TIME’S UP Legal Defense Fund introduced Sarah to the Prichard team for help. The fund connects those who experience sexual misconduct with free legal and public relations assistance.

Sarah, a Seattle-based consultant on open government and civic technology strategy, was unsure whether she should go on the record with her experience and turned to Prichard for quick-turn crisis help.

Working closely with her legal team, Prichard coached Sarah about the benefits and the consequences of sharing her story on record. We approached this by:

Sarah was also weighing other considerations of sharing her story publicly. Her safety, security, family and work would all be impacted. She needed to have confidence that Prichard would be sensitive and compassionate while she made her decision.

The TIME’S UP Legal Defense Fund put me in contact with the PR team at Prichard Communications. Mac Prichard understood the context of my story immediately and with Jenna Cerruti, they quickly walked me through clarifying questions I should ask [the reporter] before going into an on-the-record interview. 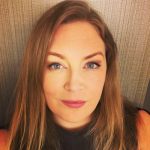 RWJF partnered with Prichard to deliver a custom full-day social media training to its grantees.