By raising her profile as a credible leader and expert among the ACEs community in Oregon, Jane could make a bigger impact working across sectors and encourage these professionals to join the ACEs Connection Network.

As a result, Jane increased her visibility of her work in Oregon.

WHAT OUR CLIENTS SAY

As a result of your good advice, I’ve gone from feeling as if we’ll be muddling through this transition to knowing that we’ll be marching confidently. 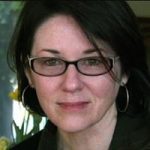 Big considerations were on the table as our client weighed the pros and cons for going on record with The Huffington Post.