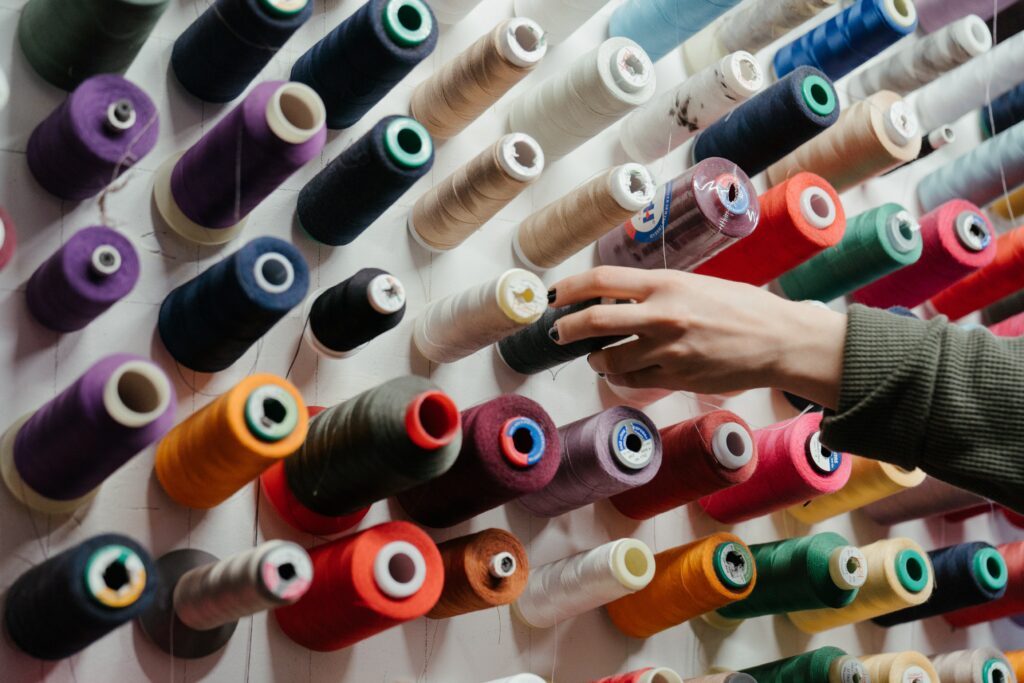 It is hard to overstate the importance of the Supreme Court’s decision to overturn Roe v. Wade. Public health experts like Dr. Richard Besser, head of the Robert Wood Johnson Foundation, argue that “safe and high-quality reproductive medical care, including abortion, is an essential element of comprehensive healthcare and health equity.”  When we deny this care, we “harm people and families of color and those with low incomes…threaten the ability of medical professionals to protect the health of their patients and erode individuals’ rights to make decisions about their own health.”

It’s clear that this decision will impact the lives of millions of Americans, but it is not the final say: the public debate around abortion will only intensify. In the Stanford Social Innovation Review, communications strategist Liv Kittel writes that now is a crucial time for communicators and advocates. We are all tasked with preventing harmful disinformation about abortion from spreading. As Kittel notes, “the objective of anti-abortion activists is to confuse people, so we must focus on creating content that gets people to the truth as quickly as possible.” She lays out 3 messaging techniques to help do so: inoculating audiences against disinformation before they encounter it, balancing disinformation with objective facts, and actively debunking myths that are being spread.

it is both “one sole medical decision and part of a much larger fight for bodily autonomy, safety, dignity and equitable access to resources.”

A related Spitfire Strategies post points out that messaging can be used to reimagine and communicate the “future of abortion access…that is designed to fit every person’s unique needs and circumstances.” Such messaging needs to be inclusive, straightforward, truthful, and include calls to action. Author Ellie Masson stresses the need for advocates to use the term ‘abortion’—instead of employing vague language—recognizing that it is both “one sole medical decision and part of a much larger fight for bodily autonomy, safety, dignity and equitable access to resources.” You can read the post here. We also recommend these tips (geared toward journalists) from Şeyma Bayram to help you discuss this issue without using language that stigmatizes abortion or robs people of their dignity.

If you use Twitter, you’ve probably noted a rise in Tweet threads—those cascades of connected tweets that tell a story. But have you considered that a Tweet thread can be used to bypass gatekeepers and present a new kind of op-ed?

In a webinar for Luz Media, experts from Narrative Initiative explain that Tweet threads allow you to leave behind the 280-character limit of Twitter: “Not only can you share a link, but you can share a viewpoint.” Traditional op-eds are still an effective tool, but there are many advantages to Tweet threads—they are low cost, can be produced relatively quickly, and don’t require you to pitch reporters or editors in order to broadcast a message. What’s more, those in the news media are looking for scoops online. Over 4 out of 5 journalists use Twitter, and a thread could spark their interest.

“Twitter is the right platform to shift narratives in news cycles and our communities.”

To maximize the impact of your Twitter thread, experts recommend that you pay special attention to your leading tweet in order to pique your audience’s interest. In addition, they recommend numbering your tweets for clarity, and publishing your thread in staggered fashion (not all at once).

It’s also crucial to understand what audience you want to target with a thread, and what key point you want them to take away. When used with forethought, “Twitter is the right platform to shift narratives in news cycles and our communities.” Learn more best practices by viewing the webinar (a free sign-up is required), and reading a related post.

Our Role as Story Sharers

Thinking about his own experience as a young social critic, Eboo Patel writes that he was “in a conspiracy against my own agency.” He would later go on to become a faith adviser to President Obama, but this required a personal transformation. In an insightful discussion with The Communications Network, Patel explains how he morphed from someone who “yelled at the world” about inequitable social systems, to someone who has sought to shoulder the responsibility of building better systems.

According to Patel, we need to frame social change work not only as the domain of activists, but also as a domain of builders. He sees the United States not as a melting pot but as a “potluck nation”—a place where we can preserve and enjoy diversity, and where “all have a common stake in a common space.”

Too often, social change narratives flatten human diversity and complexity. Patel notes the harm that can result from such narratives: “Our work in the early part of the 21st century was to tell a story that concretized the helplessness of our most marginalized populations—we consistently told a story that they were helpless and lacked agency.” He now argues against encouraging “the worst story possible” about groups of people.

“The role of story sharers is to avoid objectification and show that people are more than their challenges and experiences.”

Dr. Chandra Harris-McCray delves further into our responsibilities when we share other people’s stories. In a riveting talk at this year’s frank gathering, Harris-McCray shows how her own experience growing up in Chicago can be distorted by an incomplete narrative frame. She points out that social change communicators should see themselves not as storytellers, but story sharers—with a responsibility to present not only the problems that people face, but also the dreams these people hold.

Harris McCray notes that this kind of inclusive storytelling can help ensure that a sense of humanity is ever present in our stories: “The role of story sharers is to avoid objectification and show that people are more than their challenges and experiences.” 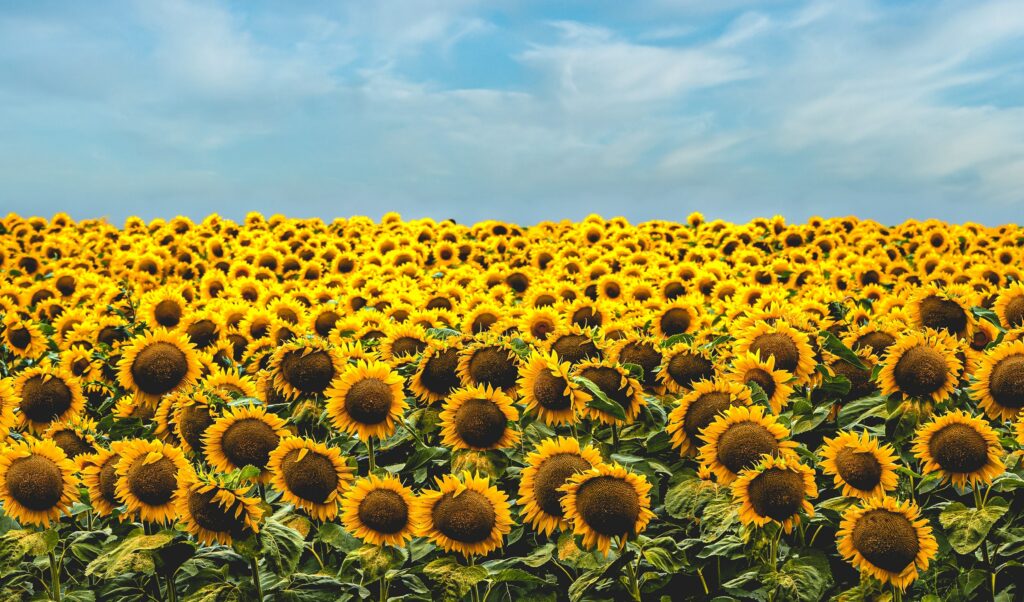 This spring, Russia’s invasion of Ukraine led millions of refugees to flee the country. It sparked the largest movement of people in Europe since World War II, and a humanitarian crisis. Many refugees came to Moldova, where Portland-based Medical Teams International has been working to provide medical care, training, supplies, and other support for these refugees.

But as the nonprofit’s head, Martha Newsome, points out, the refugee situation in Europe is hardly unique. It’s clear to her that “the Ukrainian invasion exposed some existing biases that are hard to admit—about what we think refugees look like and where they come from.”

“the Ukrainian invasion exposed some existing biases that are hard to admit—about what we think refugees look like and where they come from.”

Around the globe, one hundred million people have been forcibly displaced. In a post on the Better Samaritan blog, Newsome discusses the roots of the global refugee crisis, and what distinguishes refugees from migrants or asylum seekers. She also shares the stories of several refugees, including a man named Emmanual who fled from South Sudan to Uganda, where he now works for Medical Teams International and serves other refugees. Though he has endured traumatizing events, he sees his own experience fundamentally “as a hope journey.”

The belief that we do in fact share a “common stake in a common space” has buoyed hopes for a groundbreaking piece of bipartisan federal legislation known as the Recovering America’s Wildlife Act (RAWA). This bill would provide a deep well of stable funding to state and tribal conservation efforts across the country. The Sierra Club notes that a “broad coalition of conservation organizations, tribes, sportsman’s associations, industry groups, and agencies” all came together to work on the bill. Such an unlikely consensus is a bright spot in today’s political climate, “as rare as spotting a California condor in the wild.”

It has been decades in the making, but the bill has now passed the U.S. House of Representatives, and according to the Washington Post, it stands a good chance of success in the Senate. One advocate for this legislation has been Oregon Wild. The nonprofit organization notes that RAWA would provide $25 million each year for conservation efforts in the state, and explores how this proactive conservation effort will help provide a lifeline to many animals not seen as charismatic megafauna—like the Oregon spotted frog, Western meadowlark, fisher, and Western painted turtle.

Next Thursday, join @bridges2change at @RevHallpdx for the 🎞️PDX Recovery Film Festival🎞️. Spend an evening watching films that use storytelling and connection to inspire hope. 👇

In this episode of the PRGN Presents podcast series, host @AbbieF of @HMA_PR is joined by Nick Leighton, founder and CEO of NettResults, to discuss the benefits and challenges of the remote workplace. Hear the full episode. #PRGN30 https://bit.ly/3C05ELM

Today we are recognizing changemaking @PortlandCC professor James Harrison, who passed away last week after decades challenging and enlightening the Portland community. History is on his side: https://www.pcc.edu/news/2007/01/history-is-on-james-harrisons-side/